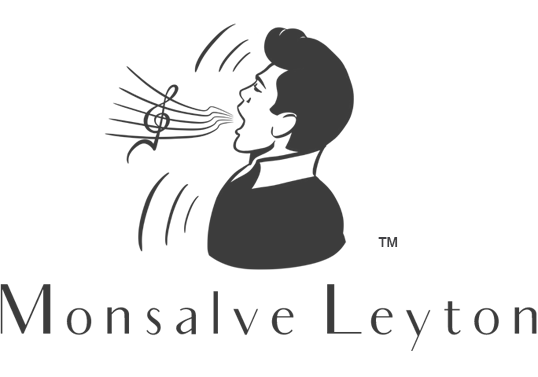 About my singing Method, the Monsalve Leyton Method ™

The effectiveness of this singing method is proven with the results of extraordinary vocal improvement in my own singing and in my students since the pandemic started in 2019, as you can see in the videos that I publish, my technique and vocal range grew enormously from having a chest C#5 as a maximum note to an incredible Eb5 with all the harmonics of my voice, keep in mind that I am a Lirico Spinto Tenor. (Imagine if I would have developed and applied this Method a few years ago during my career) Anyway, I built this method with everything I have learned directly from great masters and my own experiences in my world career.

All my students now have C#5 as their minimum high note, whether they are Baritones, Mezzo-sopranos, Tenors, and Sopranos. I love to see their surprise when they reach the notes they dreamed of! two of my Tenors students already reach the F5 and one to the incredible G5 with CHEST! and they are not light tenors. An Eb5 for a soprano with my method becomes normal, and a D5 for a Mezzo-Soprano as well. Giancarlo Monsalve.

The blending, correct use, and combination of the fundamental methods, mechanics, and techniques of the Vecchia Scuola as the Garcia School, the Melocchi Method, and the Ettore Campogalliani School gave life to the Monsalve Leyton Method ™

The Monsalve Leyton Method™ is formed directly by three of the most important singing schools in history. Giancarlo Monsalve is a direct connection line of the legendary "Vecchia Scuola di Canto" inherited and passed on from generation to generation.

Monsalve is also a direct 2nd generation of the Arturo Melocchi Method School, following the advice of Giancarlo Del Monaco, Monsalve learned the real Melocchi Method in Rome with Leodino Ferri, a direct student of Melocchi and a very good friend of Mario Del Monaco.

Monsalve studied also with 2 fabulous Sopranos, Montserrat Caballé, learning her techniques of breathing support - that by the way are a big confirmation of the Garcia teachings about “(respirazione e supporto diaframmatico-intercostale)” - and with Mirella Freni, becoming a second generation of the Ettore Campogalliani school.

Campogalliani was also a teacher of Renata Tebaldi and Luciano Pavarotti among other fabulous singers.